The Essence of Woman 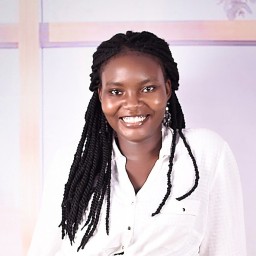 “Bone of his bone,
Flesh of his flesh,
Yet a separate entity,
She breathed in harmony with him,
Feeling his pulse,
Hearing his heartbeat in her head,
She was one with him,
Though outside of him,
And when he awoke, he knew,
Instinctively, profoundly,
And definitely knew,
That this was woman.” – Michelle McKinney Hammond.

To be a woman is something truly divine, to be traded for nothing. You were made with special abilities, special instincts, value that hasn’t been explored yet, but shouldn’t be underestimated.

You were made to love, and care. That’s why the command for your union to man wasn’t to love, but to submit. Because you already got the love 𝒊𝒏 you, you only have to let go and submit. You’ve got to accept that man as the Head, and give him due respect.

Woman was never made to fight man for domination on Earth. She was made to be his helpmeet, his support, his comfort. She was made delicately, not as a fragile or weaker being, (rather the opposite), to be cared for by the one she called Man.

As a woman, what do you think your value is? What’s your belief about yourself, or your creation? Do you carry around still, the guilt of the first woman, and internalise that into your being? Do you wander around carelessly, not knowing your place or do you try to usurp the place of the man, because that’s what you’ve been made to believe? If yes, you’re wrong. You, as a woman, are intensely beautiful, specially created, out of Man, to complement him, not to attack him.

As a Man, what do you think the value of a woman is? Do you have the belief that women are weak, fragile, and to be toyed with? When the Bible said that women are the “weaker vessels”, it was never meant to imply that women can do nothing good or great, or attain higher positions, whilst being domesticated. No, it meant women are delicate, and created to be loved, cared for, cherished, while she supports you with your dreams, work, training of the children.

Now, when Woman fights to hold positions or fights the man she was meant to support, it goes against everything she was created for. What happens is, he gets that defensive mode on, and it becomes difficult to turn off. He’ll feel endangered, and choose to attack. Let’s use the story of Micah and King David as an example. When David came dancing in unashamed, almost-naked, exposed to the whole nation, she felt a sense of intense dislike for the man she called husband, and attacked him in the presence of everyone.

Whilst I understand how she felt about his disregard, she could have called him aside, and berated him. Something along the lines of “Hey babe, you shouldn’t be this exposed before the people”, and when he explains why he’s in that state, she’ll either see reason, or try to make it all work out well. But she attacked him, and David became defensive, never went in to her anymore. She lived on as a wife in the Palace, and no longer his queen, having no true significance. This was someone overtly loved by King David.

As a woman, you’ve got the power of subtlety, instead of aggression, in order to get your way. There are so many examples of the power of women playing out, whether in the lives of their men, children, or surrounding, to heal or to destroy. You do not have to fight for your position, it’s pointless to do that. You underestimate your influence over your man, children, and even the people around you. You’ve got immense power and if managed improperly, will damage everything. Be you, be truly woman, and watch your influence. Now, don’t go using your ability to destroy or mar the lives of those around you. You were created to love, nurture, and cater for the people who the Lord has blessed you with.

It’s great when a woman has wonderful womanly qualities, and abilities to be a boss when she wants to. But, it hurts to see men take advantage of the womanly gifts brought to the table, or when women try to act like men, and take over everything.

Men and women are not the same, never have been and never will be. We keep on trying to force this, but it can’t work out. One party would have to give, sooner or later.

You should be giving your man peace, and not causing him to feel attacked. He should feel at ease to confide in you his deepest fears, highest dreams, and secrets.

A favourite song of mine by Keith Urban has a line that goes,
“When somebody talks about how it was Adam first,
Does that make Eve second best?
Or did He save the best for the last?”

Thank you for reading! Have a lovely weekend🤗.

Hi there, I'm Senami, or Minase, as I sometimes prefer. I'm excited to share my values, knowledge, and experience with you. I believe they'll help in transforming your mind, as they have mine. On this mind journey, it's important to note that your mind is your greatest asset. Also, you control it. One motto or life quote I live by is, "Nothing is impossible." Open up your mind, let's break the rules!

Your first class is 100% free. Click the button below to get started!

Please log in again. The login page will open in a new tab. After logging in you can close it and return to this page.